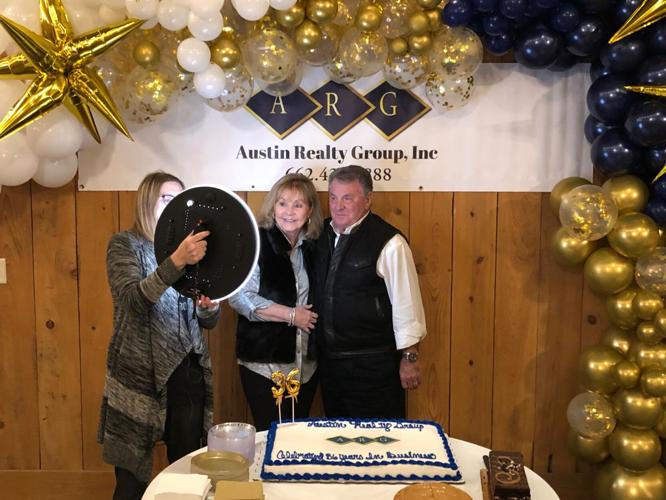 Becky and Michael Austin pose for a photo. 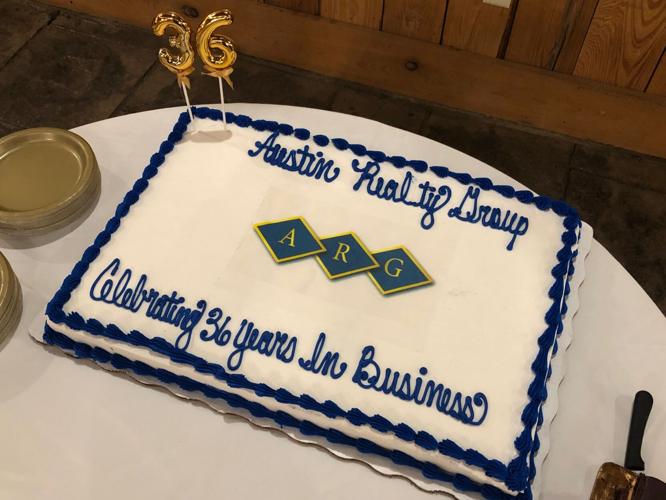 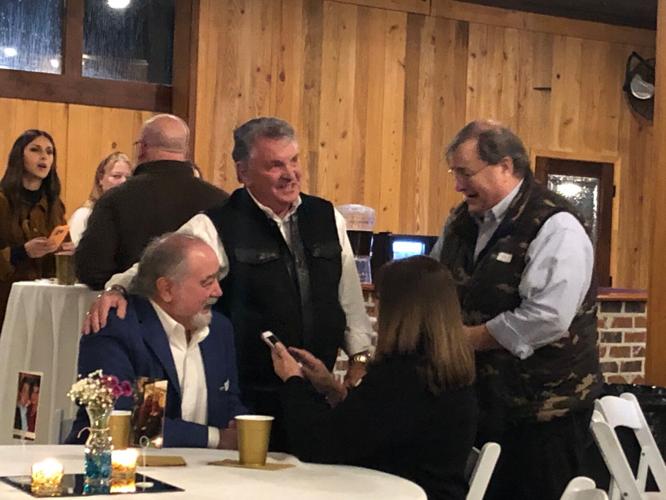 Michael takes time with each of his guests, supporters and friends during Austin Realty Groups party celebrating 36 years in business.

Becky and Michael Austin pose for a photo.

Michael takes time with each of his guests, supporters and friends during Austin Realty Groups party celebrating 36 years in business.

Becky was the pro in the family when it came to real estate, having 45 years currently in the industry. She eventually sold her husband on the idea of the housing market years ago and he eventually caught on.

“I founded the agency, I was selling nuts and bolts at the time for Tennessee Bolt and Screw in Memphis. Me and my wife lived in Southaven,” Michael said. “I could see that job not going anywhere and , in fact, the company ended up going bankrupt. My wife was in real estate, she said, ‘Won’t you get in real estate?’ I hated real estate, my daughter and I threatened to leave her if she didn’t get out of real estate.”

Becky took a break from the industry until her peers convinced her to come back, convincing Michael at the same time.

“I worked for another company, a real estate company, for six months,” said Michael. “After (the owner) gave away half my commission and my pool table, I thought, “I don’t need to do this anymore!’ My wife convinced me to sell our brand new house and we soon opened ARG.”

Michael was told by family and peers that his people person skills from years in management could transfer to growing a house hunting venture.

“I’ve been a manager or something similar all my life, ever since I was a little kid,” Michael said. “I used to run a lawn mower business. So, this was a natural step, the more I got into it, the more I enjoyed it. Now, here I am.”

About ten years after founding ARG, Michael not only decided to sell homes but, he wanted to build and repair them as well.

“I serve Mississippi and Tennessee, in the Memphis area,” said Michael, who also spent many years working at a once small-time retailer that is now world-wide. “I spent my time in Arkansas with Walmart.

In 36 years of business, Michael said he has been taken aback by the slow transition of interpersonal communication between agents and their clients shifting from a smile and a handshake to cold, calculating technology.

“When the computer came into being in the real estate business, we lost our personal touch,” Michael explained. “There are about 1500 realtors in north Mississippi now, and I probably don’t even know 50 of them.”

Michael, a self-described ‘old timer,’ said he wants the face to face interactions between agent and client. He sees limited benefit with computer technology when it comes to reaching out to potential buyers.

“Most of my customers hear about us from word of mouth or referral,” Micheal said. “There seems to be only one real good source of advertising and that’s Facebook, which is a shame.”

Michael’s agency has, itself, jumped on the social media bandwagon with its own Facebook page. He cites an apparent slowly fading publishing industry.

“Our yard signs are big for us, we’re known for our diamonds (logo) and our blue and white colors,” Michael said.

Michael and Becky’s daughter, Audrey Jacobi, also sells real estate in the family business. One of the Austin’s son-in-law, Brian Hill, is the owner of Lifestyle Homes, and builder/developer for Silo Square in Southaven. Other in-laws also work at Lifestyle Homes as well.

“Even though we’re family orientated, we’re not really a family business,” Michael quipped. “We’re the oldest, largest, independent, non-franchise, managing, broker-owned real estate company in north Mississippi. I have to get all those words out to be politically correct.”

Jacobi, who has overcome health setbacks recently, remains heavily engaged in her parent agency by selling homes. She is the agency's top seller behind mom.

“Mom got me into it,” Jacobi said. “I was supposed to start doing rentals and stuff with them but, wasn't able to. Now, I got my husband in on it. It’s a full family affair.”

Jacobi emphasized working at a family business is rewarding, fun and hard also, as there is no bad behavior allowed.

“When your parents know everybody in town, you can’t be ugly to anybody,” Jacobi laughed.

Around 80 guests filled Cypress Hall for music, socializing, a meal and the chance for Michael and his family to show appreciation for their community’s support.

“Everybody that is at this party tonight, every person has done something or contributed to the being of ARG. It’s a celebration for everybody,” Michael said. “There are some people who die and never know how much they are loved. I will never have to say that.”

Another important aspect of the ARG success is Michael’s philosophy of listening to people.