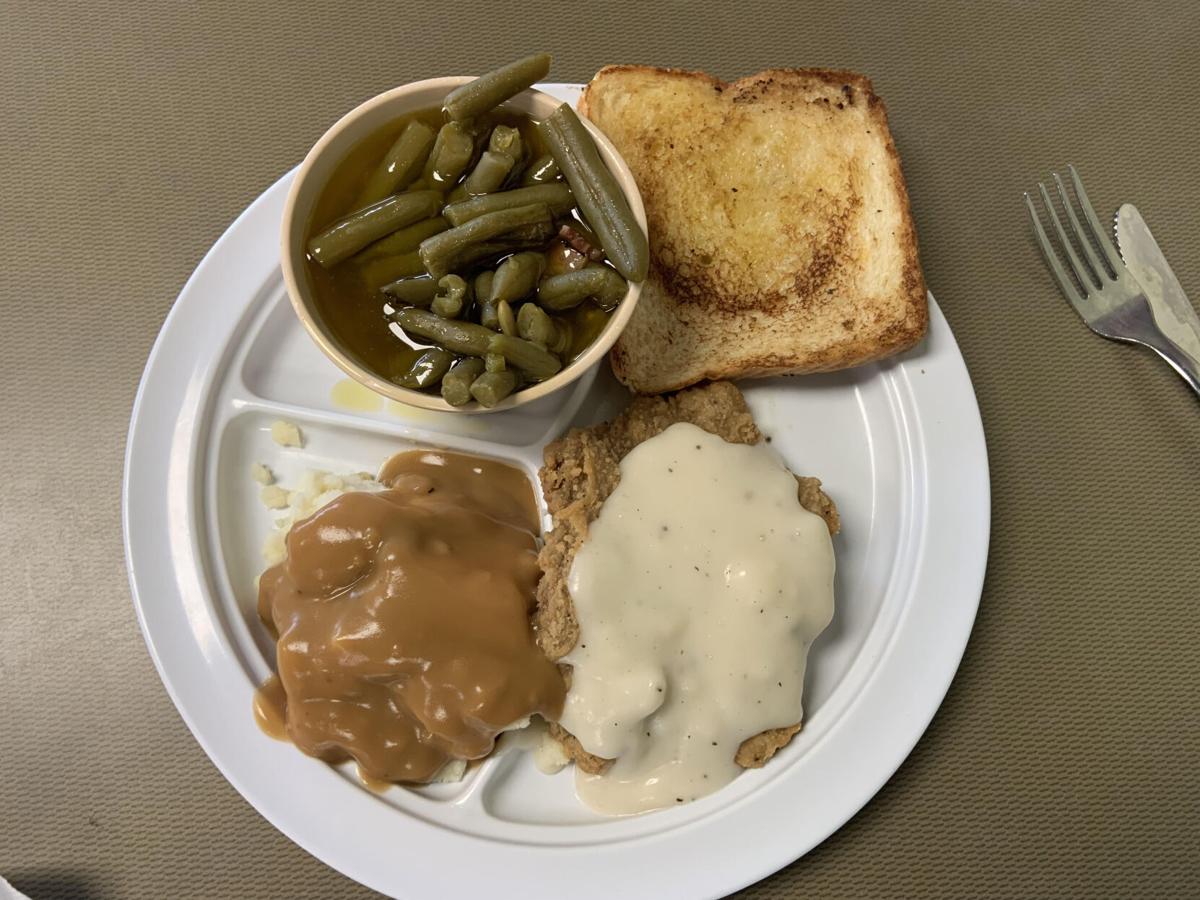 Bat ordered a meat and two lunch with country fried steak with a side of green beans and mashed potatoes and gravy. While filling and a good bargain, there wasn't much homemade flavor. 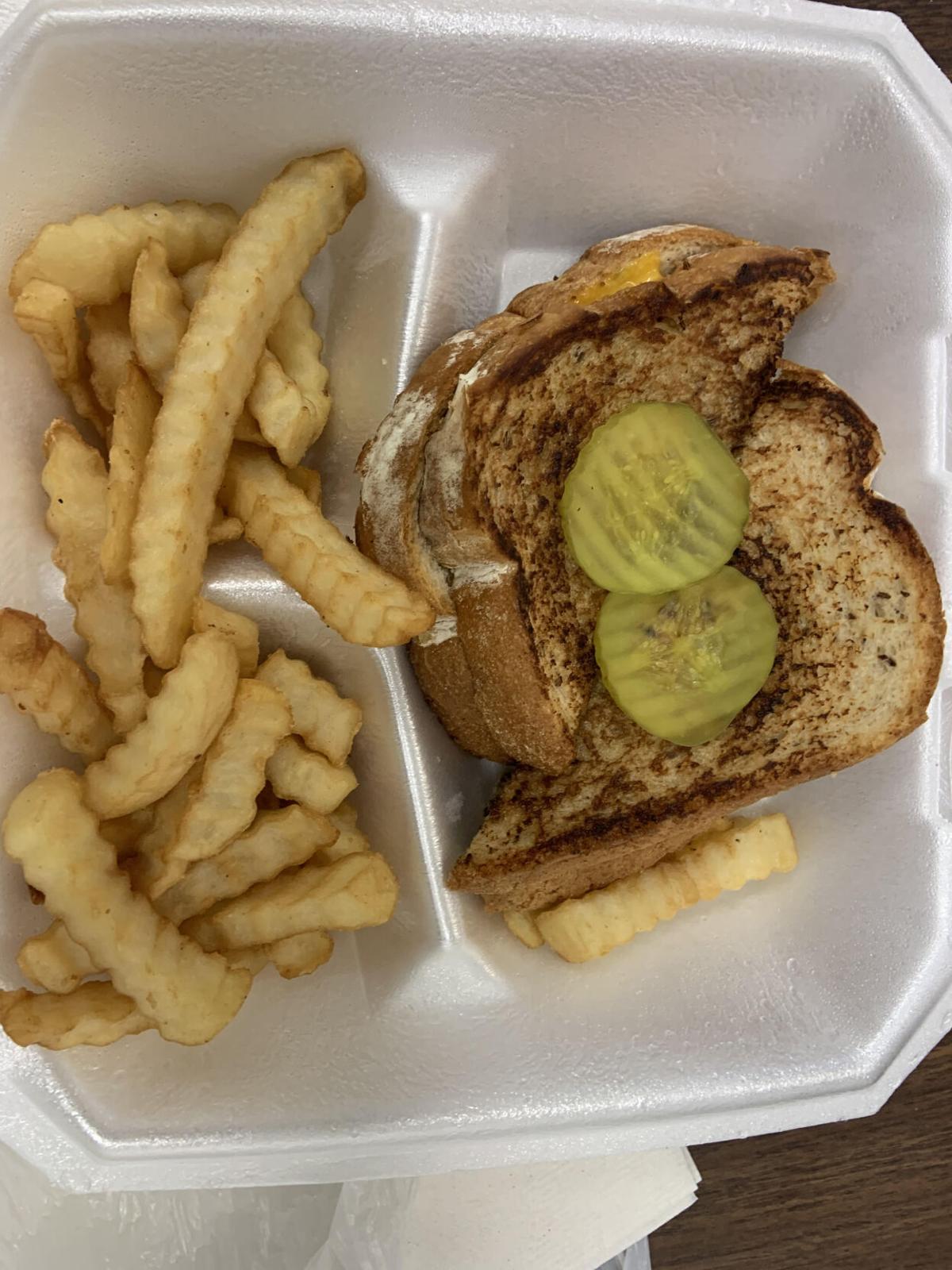 Livewire ordered a patty melt to go, which was tasty, but she frowned on the undercooked fries.

Bat ordered a meat and two lunch with country fried steak with a side of green beans and mashed potatoes and gravy. While filling and a good bargain, there wasn't much homemade flavor.

Livewire ordered a patty melt to go, which was tasty, but she frowned on the undercooked fries.

I have good news this week for those of you who regularly follow this column. I did not eat out at a Mexican restaurant! Instead, I went “country.”

One of the great things about living in the South is what y’all call a “meat and three.” To me, these places are about as country as country gets. The Dining Duo has reviewed other “meat and threes” before in DeSoto County. But it appears that we left one out.

I don’t remember who gave me this tip, but I was told that I needed to go try The Country Skillet on Main Street in Southaven. Honestly, I had never heard of the place before, and if I had known, you can bet my family of crime fighters and super villains would have tried it out a long time ago.

So, being the holiday season, I took one for the team and headed to The Country Skillet to give it a try. My usual roster were all too busy or away to join me. Bane is safely locked up in Arkham Asylum again eating bland, starchy prison food. My Justice League colleague Aquaman is home in Atlantis doing the whole holiday thing. But, I did take pity on another villain who hasn’t appeared in this column in a while and brought “Livewire” a takeout order from The Country Skillet. I guess that makes this outing Bat and a half.

The Country Skillet is tucked away in DeSoto Plaza just off Main Street, across from another “meat and three,” Dale’s. The place made a pretty good first impression on me right away. It was packed, which is usually a good indication that it is popular with the locals. I had a seat by myself, and Teresa, my server, took my order.

The Country Skillet has a full breakfast and lunch menu. Had it not been lunchtime, I might have been tempted to order something off the breakfast menu. I will just save that for another time. I went immediately for the “meat and two” ($7.59) option. I am a sucker for country fried steak with white gravy. For my two sides, I chose green beans and mashed potatoes and gravy with brown gravy. Instead of cornbread, I opted for garlic toast.

I probably should have ordered something other than green beans for a side because let’s face it, what can you say about green beans? Maybe next time I will try the homemade slaw or pinto beans. The mashed potatoes were okay. I liked the brown gravy, but again, you would have to prove to me that it was homemade. Otherwise, it tasted store bought to me. The garlic bread was a bit soggy, but still good.

“Livewire” ordered a patty melt ($7.40) and fries to go and was very pleased with the patty melt. Notice I said patty melt and not the fries. “The patty melt was really good,” Livewire said. “The bread it came on was really fresh, and I think it had the right amount of caramelized onions.”

And then there were the fries. Livewire was very disappointed with the fries because they had no seasoning, not even salt, and were undercooked. “I hate when they are mushy and undercooked,” Livewire said.

I did not leave The Country Skillet hungry. The portions were just right to fill me up and the prices are reasonable. But there was something missing. I did not feel like anything I ordered was homemade. Maybe I am wrong. Now, that’s not to say that I won’t go back or that I would’t recommend The Country Skillet, because I would. However, that said, The Country Skillet is not my favorite “meat and three.” The place across the street tops my list.

But Livewire and I both agree that we are anxious to try their breakfast.