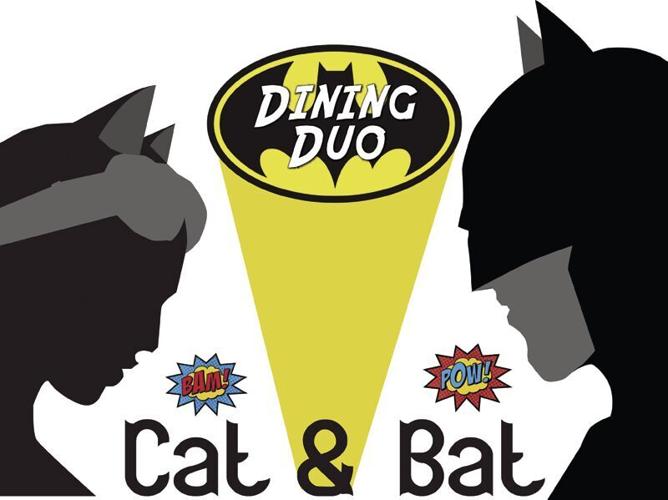 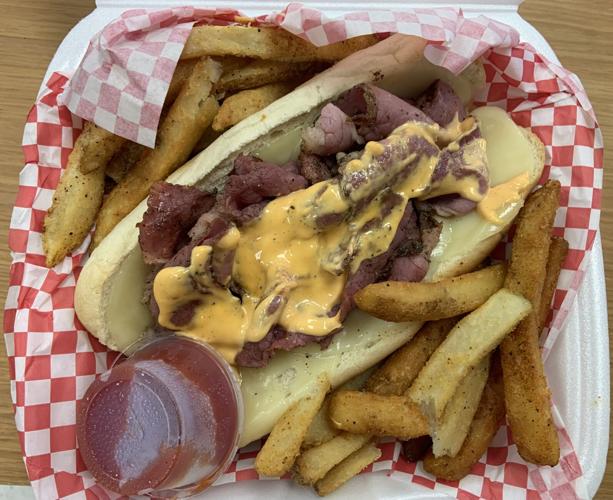 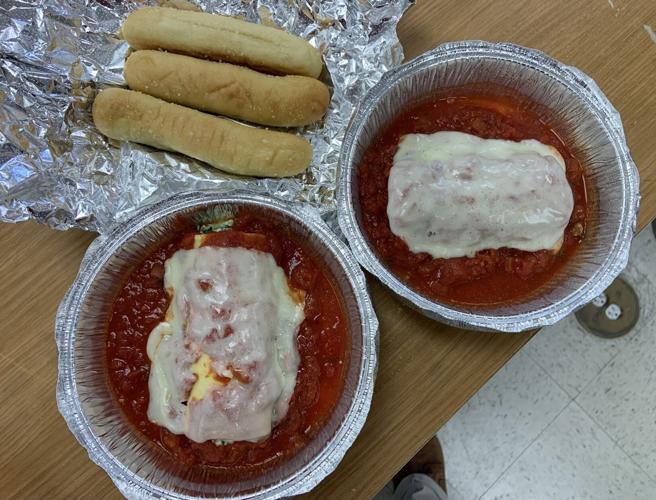 Hernando has a lot of great places to eat out, but the city has been lacking if you are looking for Italian cuisine. That hole has now been filled by Fratello’s Italian Steakhouse.

Fratello’s used to be Uncle Bubba’s Barbecue & Smokehouse, but the owners recently converted the menu over to serving Italian food. Don’t worry though if you were a fan of the burgers at Uncle Bubba’s. They are still on the menu. But you will notice a whole new list of dishes to try, everything from meat manicotti, fettuccine alfredo, minestrone, lasagna and spaghetti and meatballs.

For this outing of the Dining Duo, I was joined by the Joker’s former sidekick, the anti-hero Harley Quinn, who helped me apprehend Live Wire. Live Wire is actually Arkham Asylum’s resident expert on Italian food, having grown up in St. Louis in an Italian family who was used to cooking the genuine article and eating out at other Italian restaurants on “The Hill.”

Live Wire decided to give the meat manicotti ($12) a try. The hand-rolled pasta tubes come stuffed with a meaty filling served with red pasta sauce. She thought the dish had a good taste and flavor, but was too tomatoey. “Its got more of a jalapeño tangy flavor as opposed to an Italian tang,” the villain said. “It needs to be richer.  When you make a good Italian sauce, the tomatoes are boiled down. These are not boiled all the way down. Manicotti has a marinara sauce. This is more of a spaghetti sauce. This dish was also not a manicotti noodle. It is a cannelloni noodle, which is different. Also, Italians make it with lamb, not hamburger beef, but it is good.”

Harley Quinn was excited by the swap over to Italian food. She has eaten at Uncle Bubba’s before, but said she has always been more of a vinegar-based BBQ and slaw fan. “I’m encouraged by the new menu,” Harley said. “There is not really another local Italian restaurant.”

Harley decided to try the cheese and spinach manicotti ($10) and wasn’t disappointed. “It was exactly what I expected,” Harley said. “The sauce was good. It isn’t super rich for a red sauce. It has a bit of kick, but is not spicy. The filling was just your basic spinach and ricotta cheese. I wasn’t blown away, but I liked it.”

The Italian dishes also came served with three breadsticks which were brushed with garlic and sprinkled with parmesan cheese.

I’m not a big fan of Italian food. In fact, it’s my least favorite and always my last choice whenever I am asked where I want to eat. Looking over the menu, I decided to give one of their sandwiches a try and selected the pastrami sub ($15). I always like to order pastrami whenever I can find it, either that or a Reuben. It’s very hard to find good pastrami in the South. Y’all may be great at barbecue, fried chicken and soul food, but pastrami is usually better left to the folks up north in New York City.

The sub was served on a toasted roll with provolone cheese and came with a generous portion of house smoked pastrami and sriracha aioli sauce on top. I chose french fries as my side. The fries were excellent. They were nice and crisp and had a light seasoning which I thought were perfect.

The pastrami was tasty as well. I didn’t detect an overly briney salty taste and it wasn’t overly peppery either. I think the pastrami would pass the New York deli test. The aioli sauce has a slight kick, not overpowering and gave it a nice taste. And the roll was perfect as well. I thought it was well worth the $15.

Overall, we give Fratello’s a solid four POWs and all of us agree that we will be back. “It’s definitely better than barbecue,” Live Wire said. Harley said she wants to go back and try the dinner menu. “These were lunch portions,” Harley said. “I’d like to come back some evening for the full dinner experience.”

If you have a suggestion of a restaurant that you would like to see the Dining Duo review, email us at news@dttclick.com or send us your comments.

Sorry, there are no recent results for popular images.