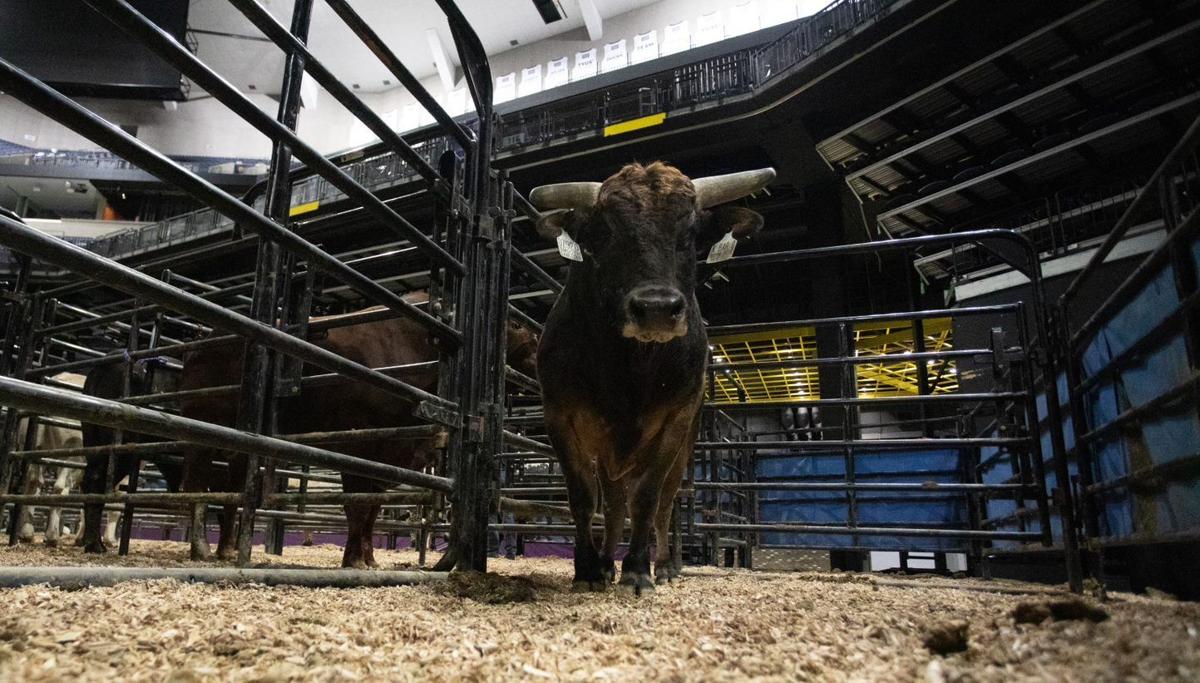 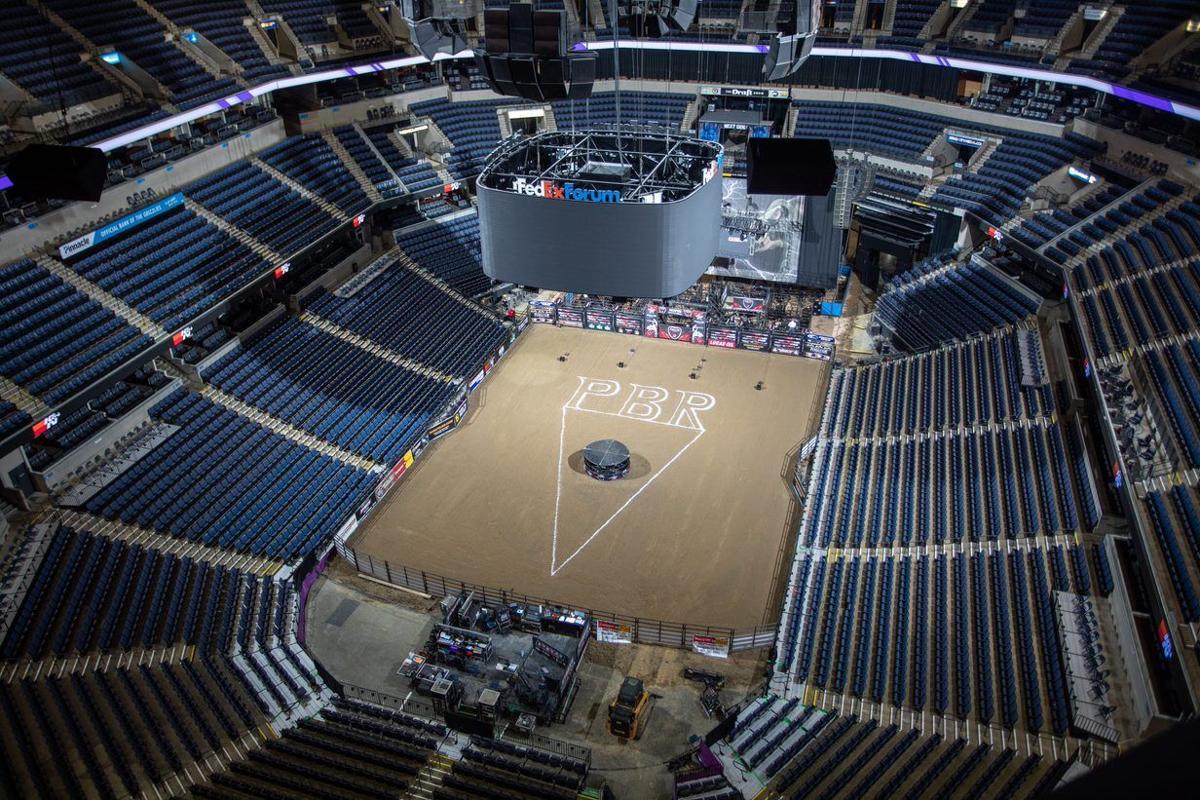 It takes a crew of 50 two days to get the sound, video, pens, and dirt ready for the athletes.

It takes a crew of 50 two days to get the sound, video, pens, and dirt ready for the athletes.

The dirt will be flying and the bulls bucking Saturday night at FedEx Forum with the return of professional bull riding to the Bluff City.

Professional Bull Riders (PBR) Pendleton Whiskey Velocity Tour will be returning to Memphis for the second straight year on Saturday. The event marks the first touring event at FedEx Forum since March 2020.

Fans will witness 40 of the world’s toughest athletes come face-to-face with the rankest bulls in a two-round event packed with thrills and spills and white-knuckle action, as riders compete for bragging rights and points toward a PBR World Championship.

“This has all the elements of a Rock ’n’ Roll show,” Jester said. “It is not your standard country fair rodeo. We have a great group of talent that they will see.”

Jester said there is a lot that goes on behind the scene to get ready for the big event.

He and his team are responsible for getting the venue set up, which involves hauling in and setting up over 1.5 million pounds of video and sound equipment, fencing, and of course, the dirt.

“A lot of it is logistics, just preplanning and getting to know the facilities, and getting as much information as possible prior to arriving,” Jester said.

Semi-trailers arrive the day before the event and unload the equipment at around 8 a.m. For the next four to five hours, crews build the stage, install the lights, and hoist up the sound and video system.

Then, the dirt rolls in - about 30 truckloads.

Once that is finished, Jester said the crew goes home to get some sleep and comes back again the day of the event around 8 a.m. for final preparations and a rehearsal.

“We lower everything down in place for the sound and get everything set visually and run any additional cables to get everything ready for the show,” Jester said. “That will take about four hours. We will take a short break and then around 1 or 2 o’clock after the dirt has been groomed, they will bring in the bulls for a rehearsal. And then the athletes will compete.”

And when the show wraps up, Jester said they do it all over again in reverse and head to the next event venue.

“It’s a constant build and tear down,” Jester said. “The task of getting the dirt out of the arena is really remarkable. You won’t believe how clean the building is after we leave. Our team is very passionate about their work. It shows by the professionalism at every  level.”

“It’s a great building,” Jester said. “The layout is really good for this kind of event. It’s a great experience for the fans.”

Jester said he usually has two events going on at the same time that he is responsible for setting up.

And how exactly do you learn to set up a bull riding event?

Jester said he got his feet wet starting in community theater working on lighting and sound.

“It was something that I wanted to pursue,” Jester said. “I would volunteer and work with anyone who would have me to get my foot in the door. School does help. I was in to broadcast and communications and got easily involved in lighting, especially in theater and Rock ’n’ Roll. After a while you just get known and sharpen your skills along the way.”

Today, they have setting up a PBR event down to a fine clock work mechanism.

“We know what works and what doesn’t work,” Jester said. “We also like to be creative. We like to change things up so people won’t see the same show twice. And really our job is to give these athletes who don’t get the giant contracts like the NFL, a platform that has everything the stars have when they compete at the top level. It’s hard work, but there is no hard part when you love what you do.

Jester said the shows are very interactive and fan friendly.

“If you have never experienced one before, this is very high energy,” Jester said. “There is nothing like being in the seat. It’s not like watching it on TV. It’s a live performance. There are no do-overs. So we have surprises in the show. It’s just a remarkable experience, and I think the fans in Memphis will really enjoy the show.”