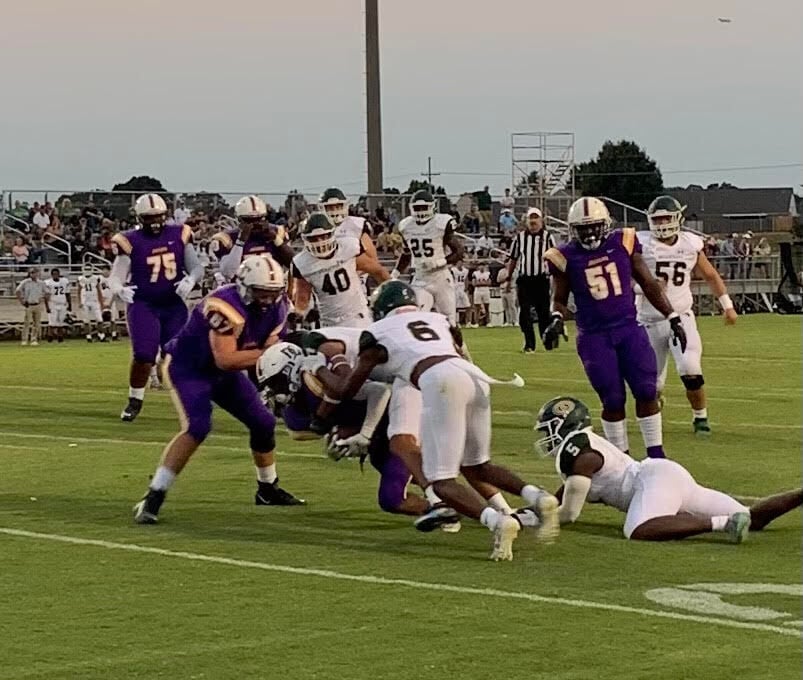 Running back Lonnie Johnson scores on a 15 yard touchdown run to give DeSoto Central a 6-0 lead in Friday's action against Briarcrest. 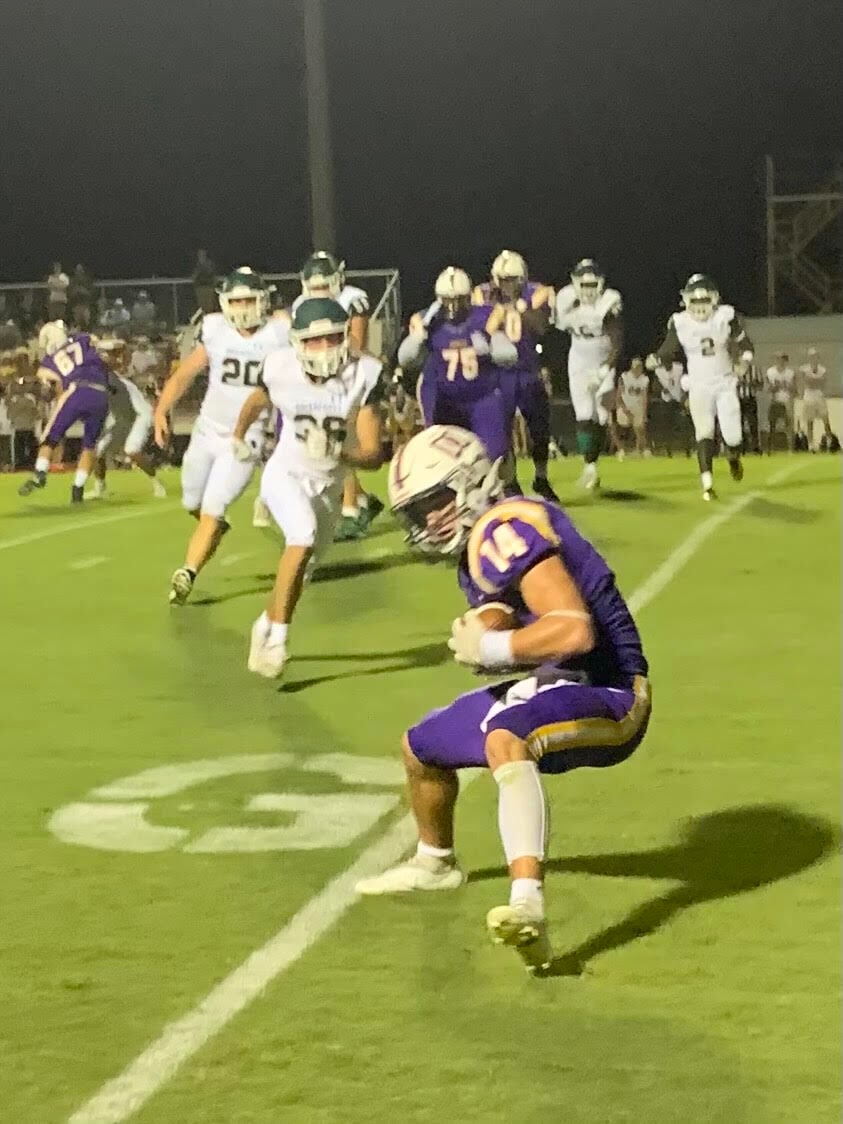 Running back Lonnie Johnson scores on a 15 yard touchdown run to give DeSoto Central a 6-0 lead in Friday's action against Briarcrest.

Head Coach Shelby Ford said he was proud of the effort and doesn’t think the 26 points given up by the defense does them justice.

“I was really pleased with the team and really proud of our defense,” Ford said. “We would like to have come away with a win obviously. It always leaves a sour taste in your mouth. But we were down two scores, got a score, made a stop, and we had a chance to win this. That’s all you can ask for.”

Ford said he knew Briarcrest would be tough coming in and that they had an excellent quarterback with Blake Clarkson leading their offense.

“They had the best line we have faced and probably will face. And their quarterback is one of the best,” Ford said. “They are well coached. They have athletes who can really run. Their defense ran to the football really well. And they did a good job corralling (running back) Marquis (Fields).”

The Jaguars got on the board first after Lonnie Johnson scored on a 15 yard run with 6:04 to play in the first quarter. A high snap made the point after attempt no good.

“That is what we make an emphasis on - to get a stop if we kick off, or get a score first,” Ford said. “We haven’t done that well in the past, but we did tonight.”

Briarcrest missed a 23 yard-field goal with 1:42 left in the first, but capitalized on a Jaguar miscue to score a safety after a bad snap sailed over the kicker’s head and into the end zone to make it 6-2.

“Special teams is going to drive me crazy,” Ford said. “It always does. Our punter is quarantined. This one just went over his head and lost us some points. Kickoff coverage was good. Punting was good outside of the snap.”

“We got one against Lake Cormorant last week too,” Ford said. “I’m proud of them for that. I told them last week, soft teams, mentally weak teams don’t make those stops. Tough teams do. And we made more stops tonight.”

Briarcrest took an 8-6 lead, capitalizing on an interception at the Jaguars 41 yard line to drive down the field with :52 seconds left to play in the half and added the extra point to make it 9-6.

The Saints then recovered an onside kick, but had to settle for a 35-yard field goal to make it 12-6 at half time.

Braircrest pulled ahead 19-6 in the third quarter with 5:04 to play, but the Jaguars answered with a touchdown catch by Ryan Musselwhite to trim the lead to 19-12. The Jaguars failed on a two-point conversion attempt though with 2:13 to remaining in the third.

The Saints found the end zone again, with Houston Walker running the ball in five yards to pull ahead 26-12 with 6:26 remaining in the fourth quarter.

But the Jaguars came roaring back as Musselwhite scored on a 25-yard pass with 4:48 remaining, and caught the two-point conversion to trim the lead once again to 26-20.

The defense forced the Saints to punt on their next possession, and quarterback Andrew Moore moved the team downfield to the Saints 40 yard line but his pass fell incomplete on 4th-and-6 and DeSoto Central turned the ball over on downs in the final seconds of the game.

Ford said team battled all night and stayed in the game until the end, but added that they need to be able to finish drives and get some wins. He gave the effort an overall B-minus/C-plus grade.

“We got the score at the end and I was very proud of them,” Ford said. “ I like how we executed at times. We got some big third down plays. I didn’t like the offensive mental mistakes in the first half. We had back-to-back false starts. Those kinds of things. I thought defense only had one mental lapse in the second half that got a touchdown. Other than that, they played outstanding.”

The loss dropped DeSoto Central to 1-2. Ford said the team will need to keep grinding because their next three games will be very physical.