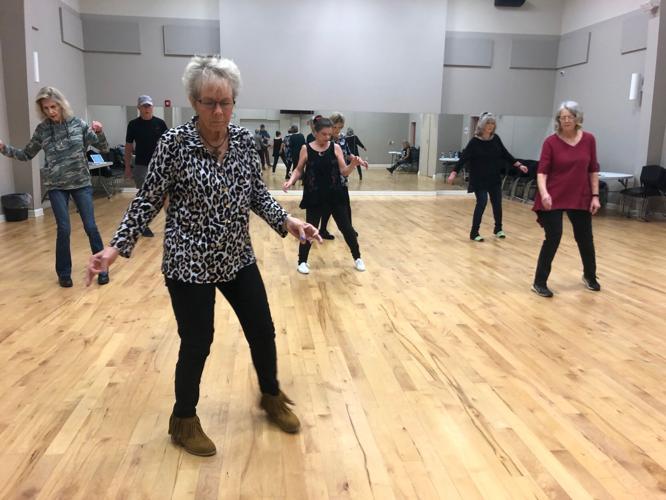 Susie Nunnally (pictured in foreground), of Olive Branch, said she lives to dance and has done so for quite some time. 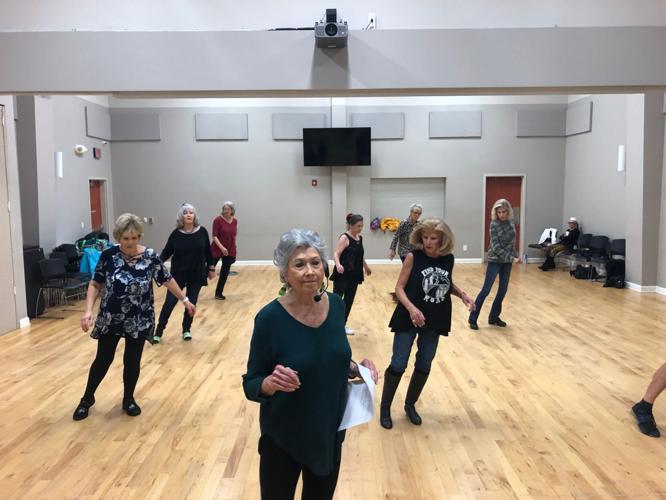 Eighty-one year old Jean Cain (front, center) is the instructor for line dancing at both the Olive Branch and Southaven senior centers. 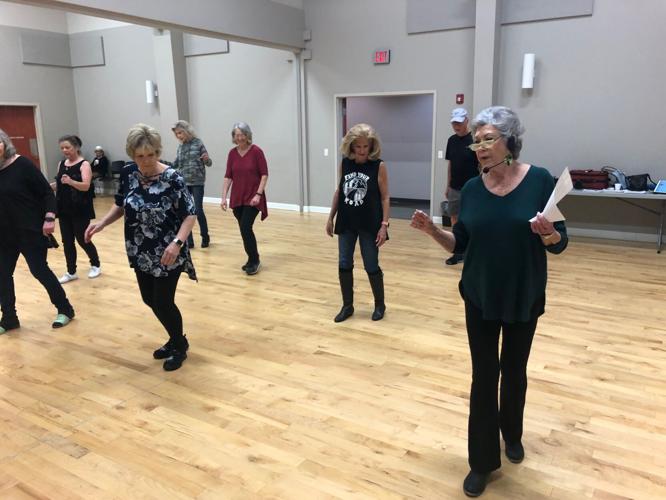 Susie Nunnally (pictured in foreground), of Olive Branch, said she lives to dance and has done so for quite some time.

Eighty-one year old Jean Cain (front, center) is the instructor for line dancing at both the Olive Branch and Southaven senior centers.

Improved mental health, social engagement, physical activity, and just having a great time are all the benefits attendees at the Olive Branch Senior Citizens Center have at a very popular class.

Line dancing is a pastime many seniors have embraced both at the senior centers in Olive Branch and Southaven. Eighty-one year old Jean Cain is the instructor for line dancing at both locations. The style of dancing is a type of country and western dancing in which dancers line up in a row without partners and follow a choreographed pattern of steps to music.

“Before my husband passed away, everybody would tell me how much it helped them to get out of the house when they were widowed. It gave them a purpose, a new fellowship to meet new people and a reason to get up, get dressed and get out,” Cain explained. “Dancing isn’t all aerobic, but the harder the dance the harder the aerobic part is. Dancing is supposed to ward off dementia, keep you flexible, keep you on your feet and keep you thinking. Every dance is different, so you learn a new language with the terminology. Then the sequencing for every dance is different.”

Susie Nunnally, of Olive Branch, said she lives to dance and has done so for quite some time.

“I’ve been dancing since Disco and when I was in high school,” Nunnally said. “Then I had to take off when I had children and raise a family. When I got older I came back to join Jean and senior line dancing and meet wonderful people.”

Nunnally has participated in Cain’s class since January of 2014. She takes advantage of the classes at both senior center locations.

“I go to the one over at Snowden Grove on Thursday,” said Nunnally. “I had a line dancing class at my church. It’s a Baptist church, they think I’m a heathen. But we call it an ‘exercise’ class.”

When asked if line dancing was helping to improve her memory and cognitive abilities, Nunnally replied “I don’t remember.”

“Dancing just makes you use your brain, it’s not a mindless motion,” Nunnally said. “You have to think about what you’re doing.”

Nunnally said her dancing partner is usually her husband, but that he only knows how to slow dance.

“He’d rather be in a garage working on a car,” Nunnally laughed.

Cain said the uniform motions makes all dancers look good at the end of the day.

“I tell the class it’s like we’re all in a marching band. It looks good in a performance to see everybody synchronized and making the same movements together,” Cain said. “I also teach at Forever Young in Southaven. They have a dance every Friday night. We go and use all these dances. We’ll have 50 people up there.”

Cain said she is moved at the birthday and Christmas cards she receives throughout the year with grateful messages for her teaching the classes.

“After my husband passed, I knew exactly what they meant,” Cain said while fighting back tears. “You just want to curl up and not leave the house because you’ve never been by yourself. You’ve always had somebody with you. Here, you’ve got people waiting for you, who will embrace you and be your friend.”