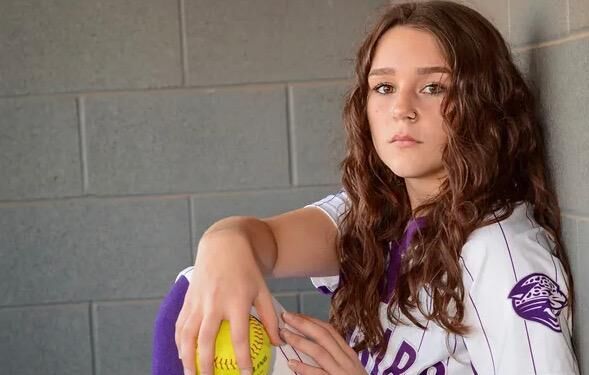 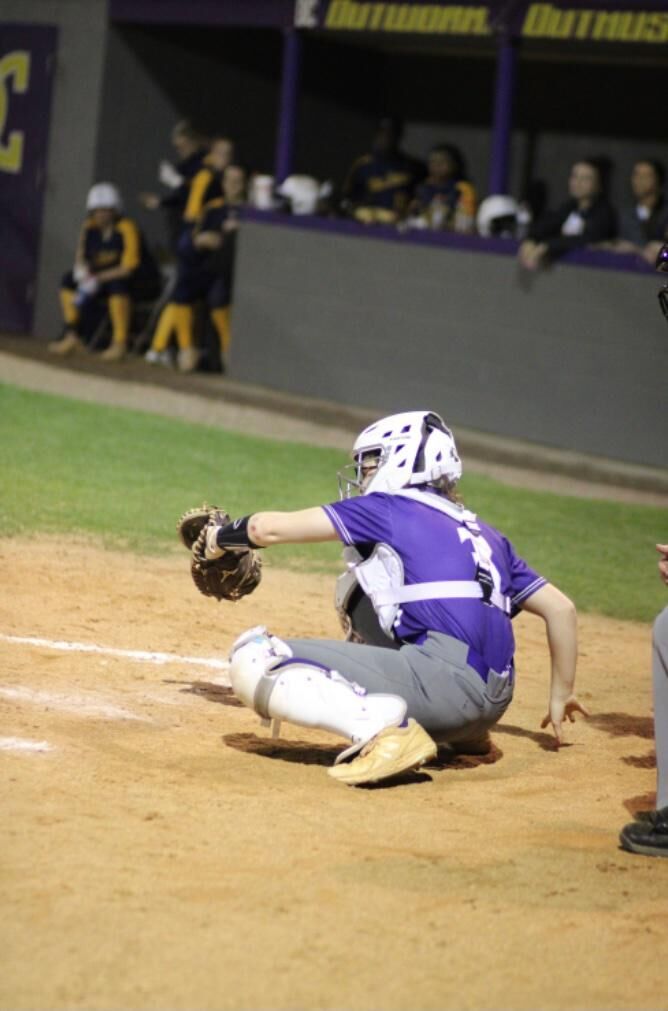 Savannah Wilbanks is only a sophomore, but she is already filling some big shoes on the DeSoto County High School Lady Jaguars softball team.

The tenth grader has been a part of two state softball championships and has been behind the plate every game for the past two years.

Coach Ashley Hilton said whenever she is up to bat, the team can always count on her to get the job done.

“She has a strong bat,” said coach Ashley Hilton. “In our last game she had two doubles and a single.”

So far this season, Wilbanks is batting .333 with a team high five doubles and 11 RBIs to go along with 11 hits and two home runs.

Wilbanks was recognized as player of the week by The Commercial Appeal after going 4 for 7 at the plate with seven RBIs to help the Jaguars get off to a 2-0 start.

“It makes me feel good and appreciated,” Wilbanks said.

Hilton said Wilbanks is a team leader who is always taking extra batting practice and mentoring and encouraging other players both on the field and off.

“She is a pretty loud and emotional leader,” Hilton said. “Her teammates trust her. She is ready for every game. She is mentally prepared for the game. When you have seniors and juniors looking up to a sophomore, that says a lot about the caliber of player that she is.”

Hilton added that Wilbanks is also very honest and can be counted on to tell her what’s going right and wrong with the team.

“She’s not going to tattle on her teammates,” Hilton said. “But any time I need to know the truth about something, I know that I can always go to her and that she will be 100 percent honest with me.”

Wilbanks developed a passion for softball from the age of eight, and playing catcher in particular. Her father, Dustin, was also a catcher and passed on tips about how to frame the ball and throw down.

“One game when I was younger, I just did it because somebody else had gotten hurt,” Wilbanks said. “I just tried it out. And now, here I am.”

“She likes playing catcher because she likes to be involved in every play,” Dustin Wilbanks added.

Although she won’t graduate until 2023, Wilbanks is already turning the heads of college scouts.

“She’s only going to get better,” Hilton said. “There is no question in my mind she will go Division 1.”

Wilbanks said she would like to continue her softball career at a big college, preferably one in the south because she likes the warm weather and the food.

As for this year’s squad, Wilbanks said the Jaguars always set a goal of winning a state championship and she believes they have a pretty good chance of repeating.

“We are very energetic and fight for wins,” Wilbanks said.

As for her own goals, the team has its sights set on breaking the team home run record this year.

“I want to hit ten home runs and just get a lot of game winning hits,” Wilbanks said.